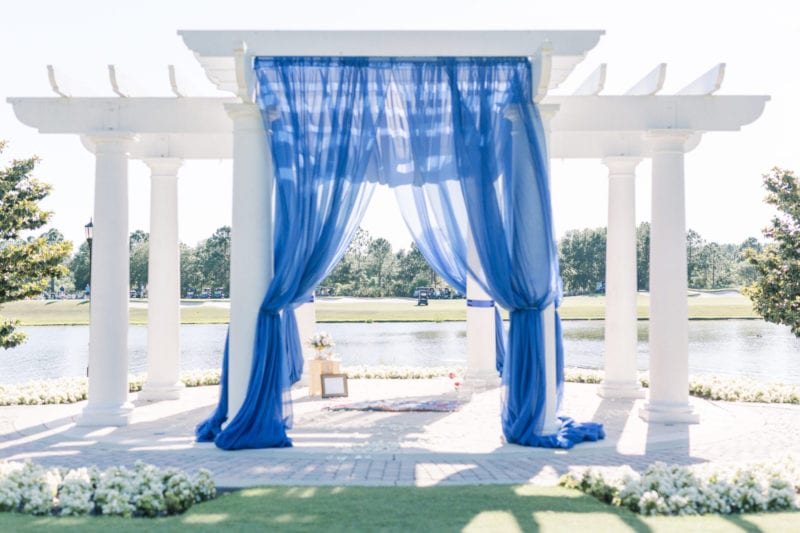 Jesse’s beautiful marriage proposal in Orlando, Florida definitely took the award for “most elegant” Disney Princess theme! One of the first things Jesse told us about Trishala was that she loves Disney, and loves Aladdin! We wanted to stray away from Disney World since she would likely suspect it, so we took a less cliche route and created this stunning set up at a gazebo on the water! We included beautiful blue draping to look like a tent out of Aladdin, and had beautiful decor to tie in the theme as well (think genie lamps, a magic carpet, and a beautiful gold table that looks like it’s glowing in the sun!)  Our favorite touch was a set of acrylic cubes that held a symbol from each of the Disney Princesses: an apple for Snow White, a glass slipper for Cinderella, a genie lamp for Jasmine, a rose for Belle, and of course, a beautiful pink keepsake ring box for the princess of Jesse’s life!  After she took in all of the decor, Jesse gave her a hand-written scroll with a beautiful love letter to her, and then got down on one knee! After she said yes, they cheers-ed with a custom bottle of champagne! 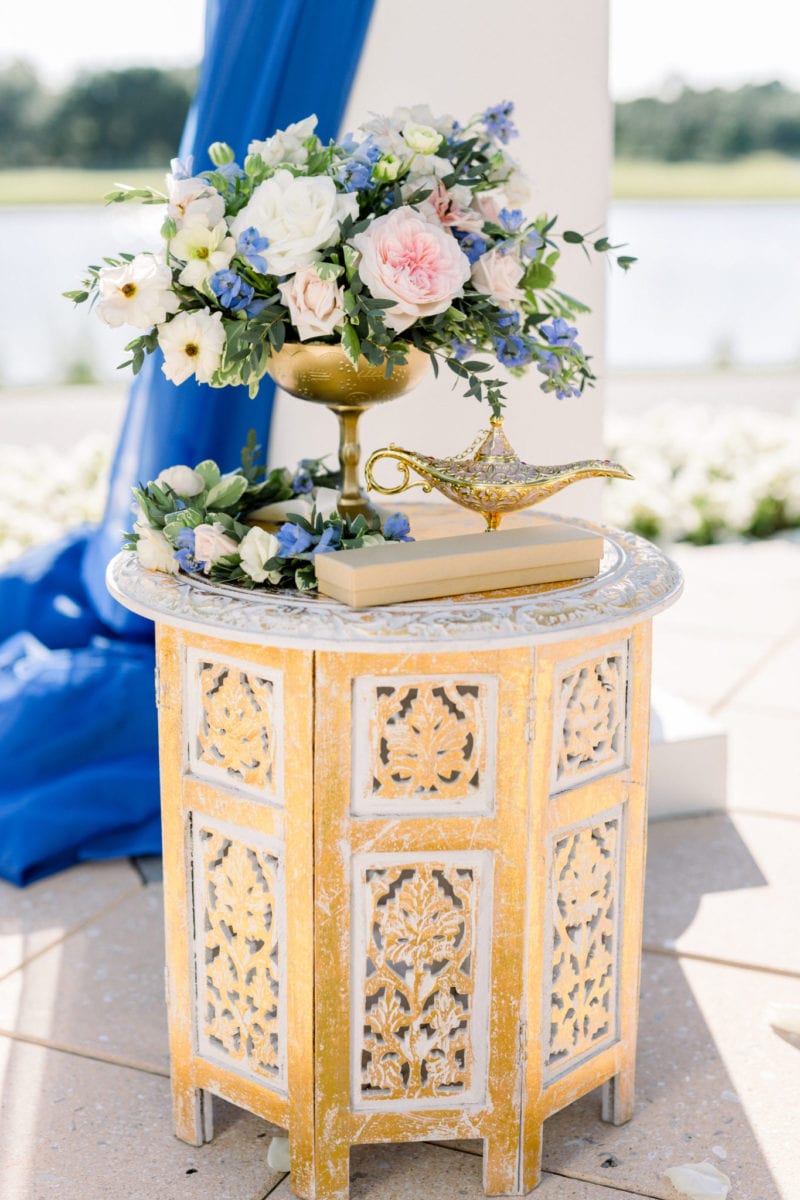 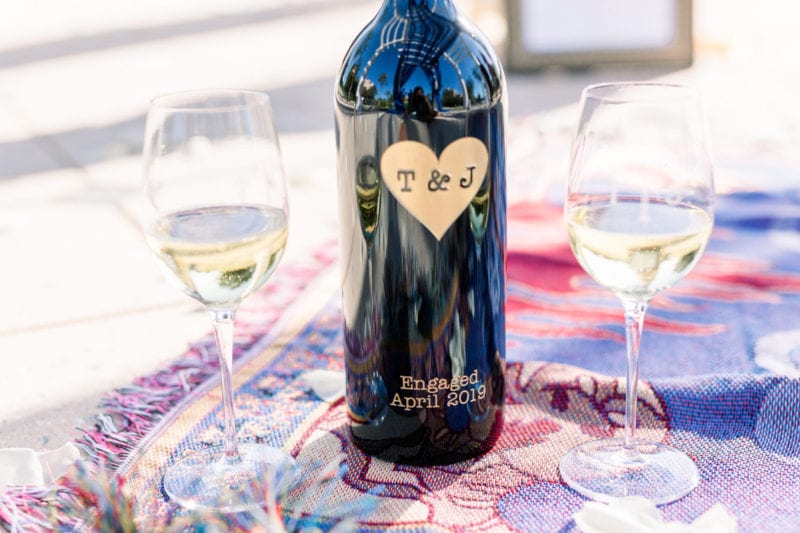 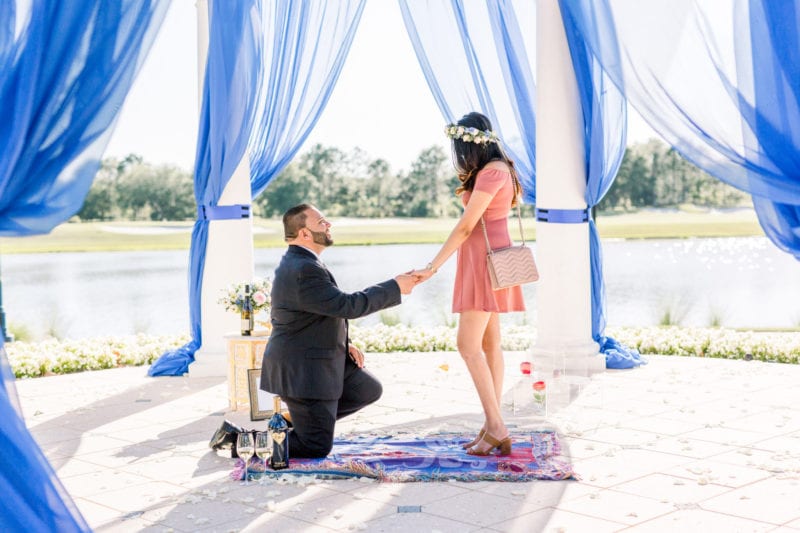 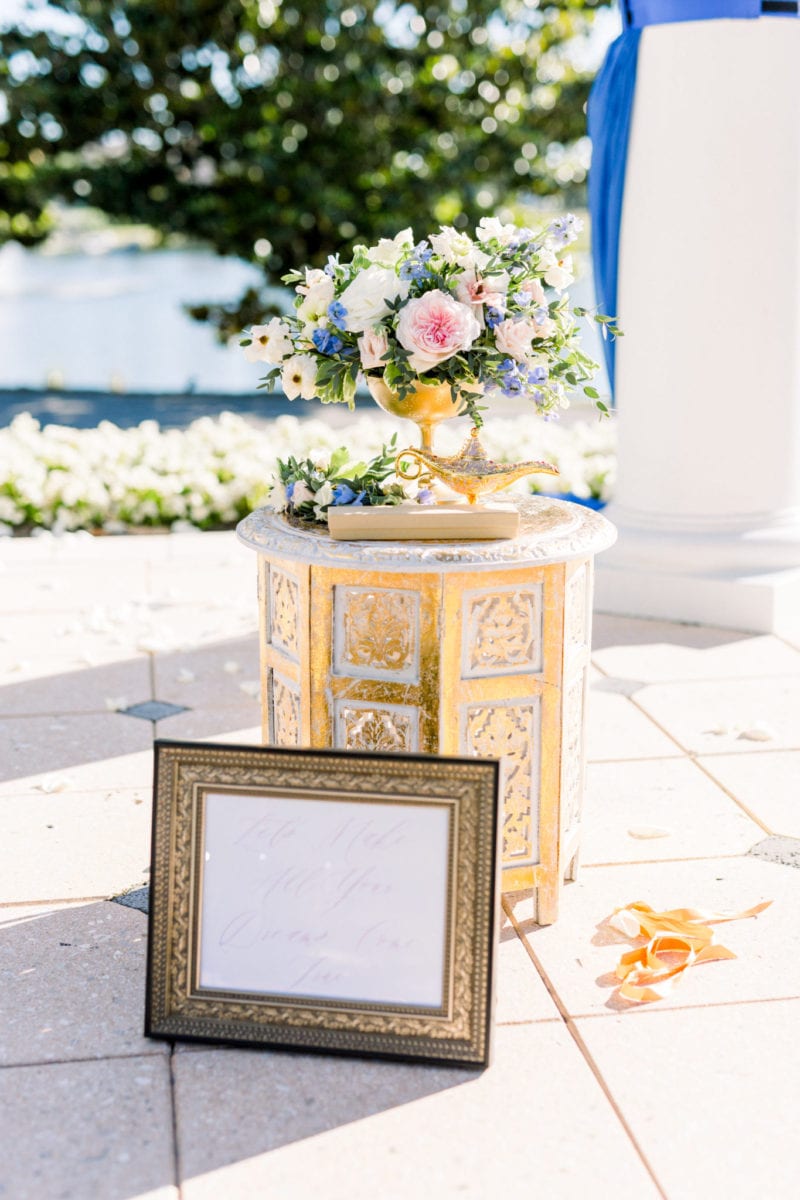 My love for all things wedding and romance led me to The Yes Girls in 2015, where I was given the opportunity to share my current "swoons" weekly via The Yes Girls' blog. Four years later, I know get to help people across the world propose to the love of their life- and it's the absolute best job I could possibly ask for!