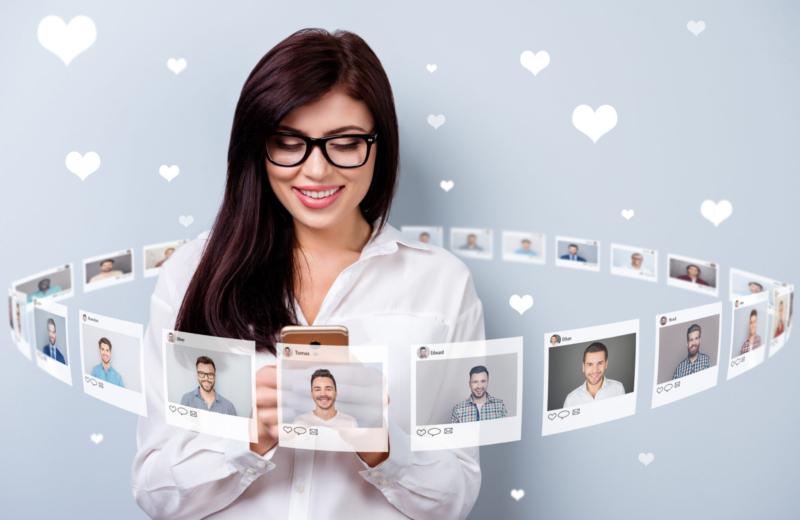 The 20th century saw a rise in the way people seek out partnerships. Since the dawn of the World Wide Web, people who want to seek romantic engagements have explored the world of online dating. From afar, it’s simple: create an account on a dating site, conjure up a seemingly-perfect profile of oneself, and openly look for a match. Thus, the hunt begins.

Dating is already difficult (the normal, face-to-face interaction kind) because of factors like physical appearance, social and interpersonal interactions, and just the sheer awkwardness of meeting someone for the first time in the hopes of making them your romantic partner.

This is maybe why many younger adults significantly prefer meeting a romantic partner or a date on dating apps instead of randomly bumping onto them at the corner of the street or the grocery store. Being anonymous is appealing, after all. What one does not see, one cannot easily conquer. Maybe it’s a trend of 21st century dating— not to be perceived immediately.

Whatever the motivation behind the youth’s preference for dating apps over regular interaction, one can’t help but wonder: Can dating apps really lead to The One?

Dating experts say that as soon as you feel ready for a commitment, or even just to see someone on a regular basis, begin your prospecting immediately. Sign up for whichever online dating app you’re most comfortable with that meets the criteria you want. At first, you might be too worried to try, but this article will attempt to investigate and distill your chances of finding The One in dating apps. That is, if the world already opens back up again for your actual real-life date.

According to a Pew Research Center study, the number of Americans who use online dating platforms (and those who found a partner through them) has significantly risen over time. This should immediately put someone’s probability of finding a partner or a date higher than dating in real life.

The study also suggests that, at a glance, those who are highly likely to use dating apps to meet people are young adults, including those who identify as lesbian, gay, or bisexual. The low-commitment nature of dating apps is one of the reasons why young adults choose to find their romantic partners here. If you’re from the LGBTQIA community, then your chances of getting a date or a romantic partner might be significantly higher. So keep swiping and scrolling!

Which Apps To Use

Although several dating apps are available to download in app stores right now, only a few of these are notably tested and proven by users, and others have bad or mixed reviews. But this shouldn’t put you off. There are apps that require low-commitment membership, are free to download, and don’t require you to fill in all the personal information details.

Some apps are safe, easy-to-use, and millennial-friendly. These apps are also interest-based. Features like letting women send a message first to ensure there aren’t any unwanted interactions exist now. But among these dating apps, people report that the eHarmony marriage success rate is highest because of features such as a compatibility quiz and a personality profile, which allow prospective paramours to take a look at you before committing to sending that personal message.

The decision to jump into the dating pool is yours to make. Again, you will ultimately decide the end-goal of your dating experiences. Sure, the dating pool may be full of eights or 10s who won’t bat an eye at you, but there are people made just for you.

Make sure you prepare to join the dating pool. Start a diet or exercise program, learn a language, or develop a new skill you can confidently share with anyone at a party or even online. These actions could make you interesting enough to the other person and, in a world full of empty 10s, nothing beats an educated, well-mannered six.

Succeeding In The ‘Battlefield’

Facing the daunting world of online dating might make you feel pressured to perform and overcompensate. However, to succeed and get your desired end goal, one should not become overwhelmed or pessimistic.

Learn to pace your dates. You might think that a regular day-to-day date would up your chances a little bit more, but it doesn’t actually work that way. Give someone the time and space to think about the time you just spent (and do this on your end, too). Also, avoid becoming immediately clingy after the second date to make sure you still get a third one.

Date With A Purpose

Although it may seem like the chances of finding a suitable partner in dating apps might be slim, it shouldn’t deter you from trying. There are things one can do to slightly improve one’s chances of getting noticed or earning a few likes and swipes.

Finding the purpose of why you’re on a dating app service is one. Your matches will probably ask this on your first few message exchanges, so be ready to state your real purpose why you’re seeking someone.

Now that your purpose has been determined, get ready for a commitment. Not a lifelong one, yet, but a commitment to knowing someone, maybe even taking them on dates at first. Dating experts suggest that once you think you’re ready to see people regularly for dates, commit to it and date purposefully instead of being on dating apps aimlessly. This will open up your doors to potential partners with the same purpose as you.

The ultimate end goal of dating is to find The One. There are ways human beings can mingle and meet people they want to be romantic partners with, and online dating is one of them.

Although this option is not without its caveats and setbacks, like women getting harassed, online dating is still a good place to spend one’s time in the dating pool. Who knows, tying the knot and walking the church aisles may come sooner than you think.

My love for all things wedding and romance led me to The Yes Girls in 2015, where I was given the opportunity to share my current "swoons" weekly via The Yes Girls' blog. Four years later, I know get to help people across the world propose to the love of their life- and it's the absolute best job I could possibly ask for!