One of the most common questions we get asked is, “Do you have a favorite proposal idea?” Truth is, whichever clients we are currently brainstorming proposal ideas for is my favorite (as cliché as that may sound). Why? Each couple’s marriage proposal is a new opportunity to highlight their unique relationship and the elements that makes them ‘them’.  That said, I sifted through our library of clients to select 12 creative proposal ideas we created just for our couples. We used their questionnaire responses to curate proposal ideas specific to their [now] fiancée’s interests, so when she stepped into that space, she knew it was made JUST FOR HER! Nothing more romantic than that!

Top 12 Creative Proposal Ideas across the U.S. |  by The Yes Girls 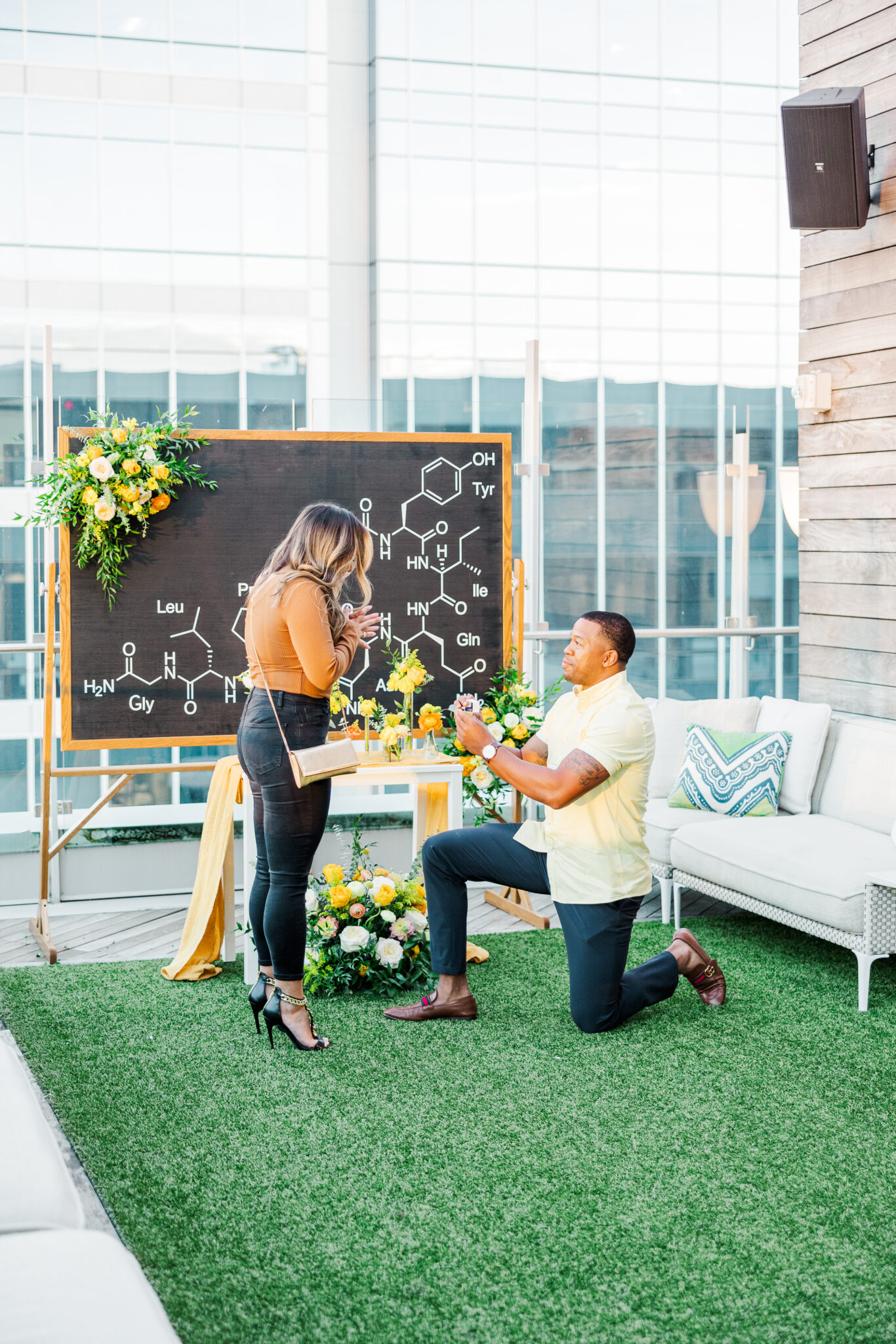 Relationship Inspiration: From gorgeous flowers in beakers and test tubes to her favorite color palette highlighted on a private rooftop in Charlotte, North Carolina, this surprise proposal is what dreams are made of! 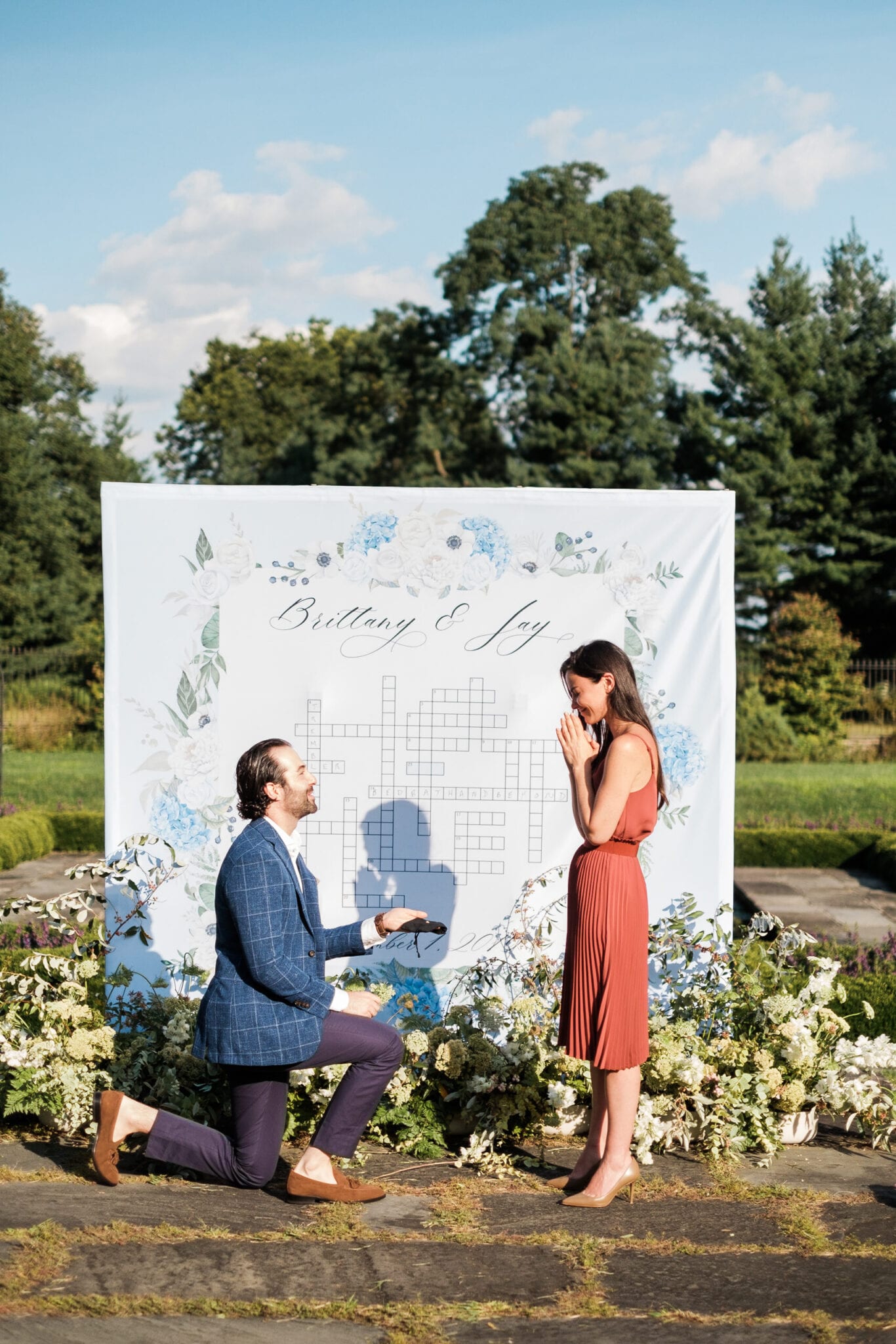 Relationship Inspiration: Jay and Brittany love doing crosswords together, so we had an artist create a custom life-size crossword puzzle backdrop with clues about memories in their relationship. The last clue was a lead into his very special question “Marry Me?” set up a private estate near NYC.

INTERESTED IN A CUSTOM PROPOSAL IDEA FOR YOUR SPECIAL DAY AND/OR HELP PLANNING YOUR PROPOSAL? 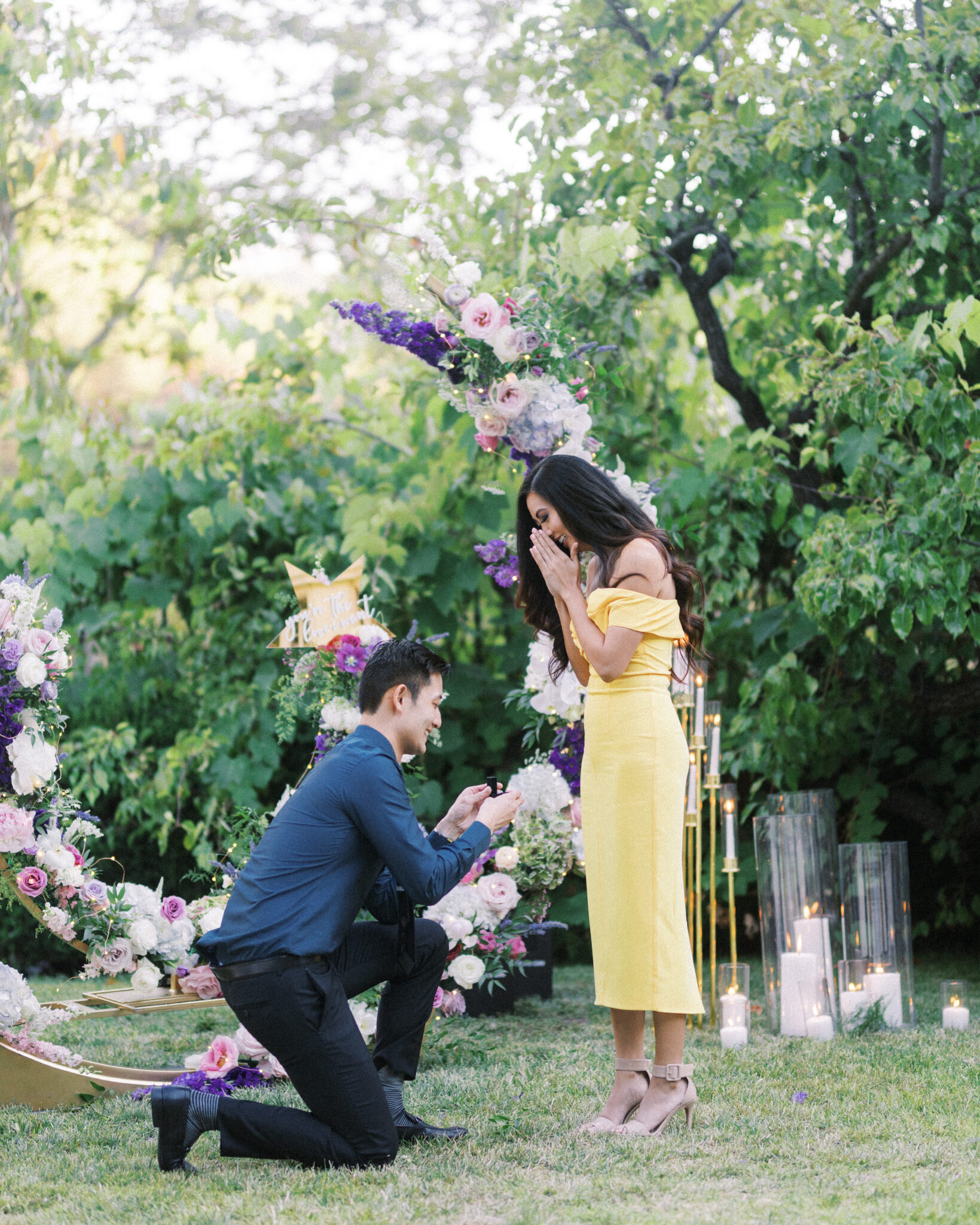 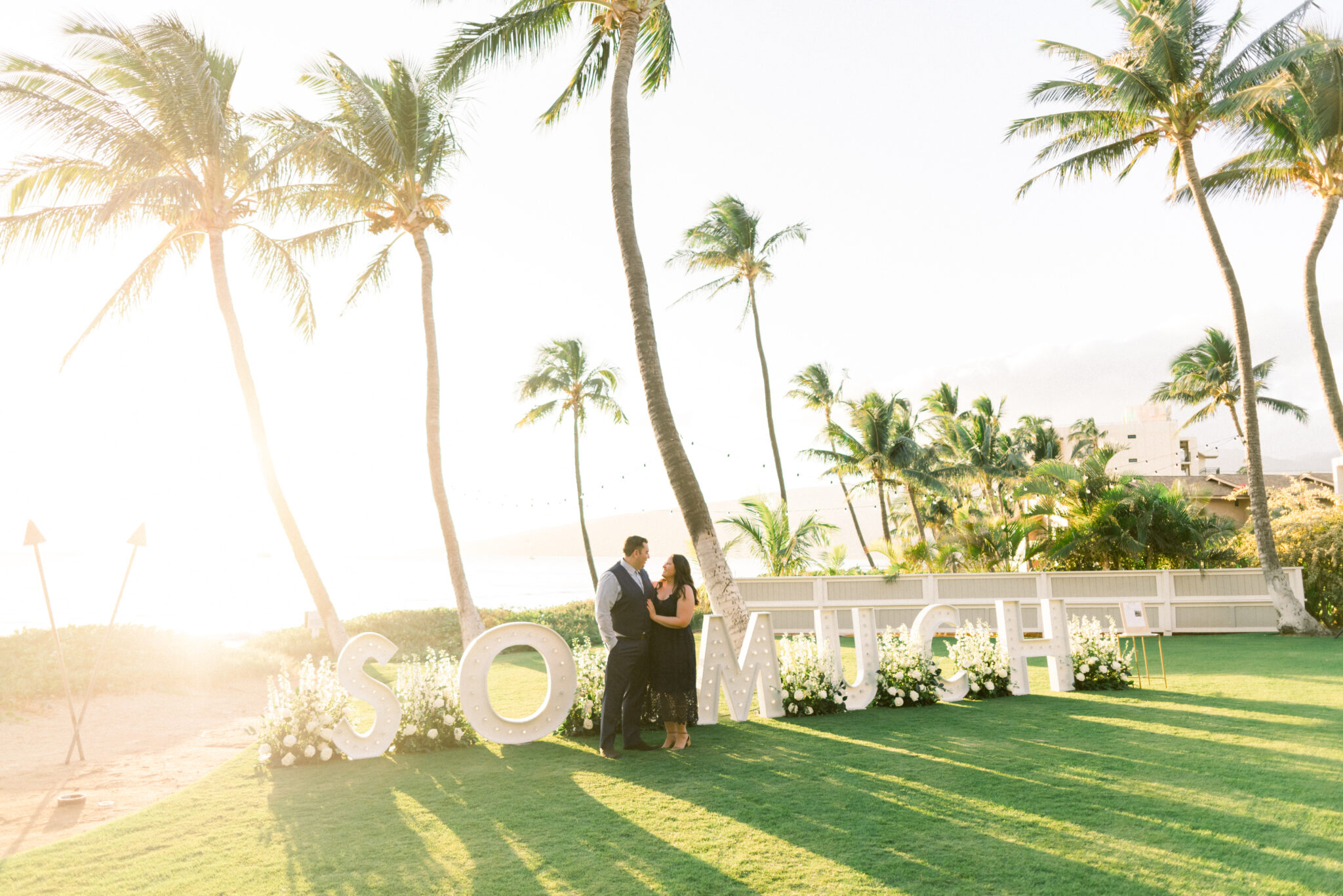 4. Marriage Proposal Idea: A romantic spin on the standard Marry Me? Letters.

Relationship Inspiration: Instead the marquee letters read “SO MUCH” which was a special saying between this adorable couple. To top off their tropical paradise stay, The couple got engaged at a private estate in Malibu for just the two of them! 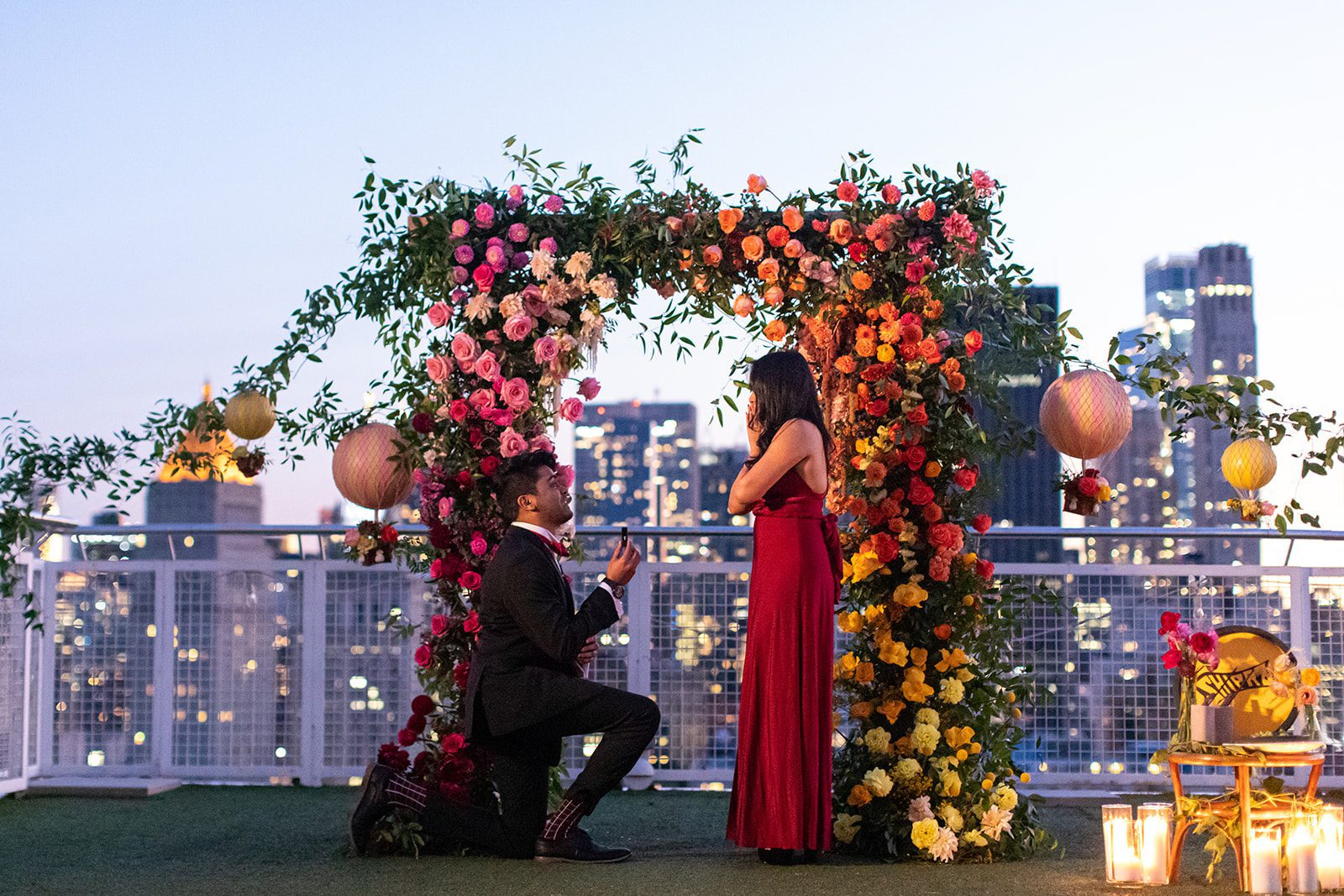 5. Proposal Idea: Love beyond the Skyline 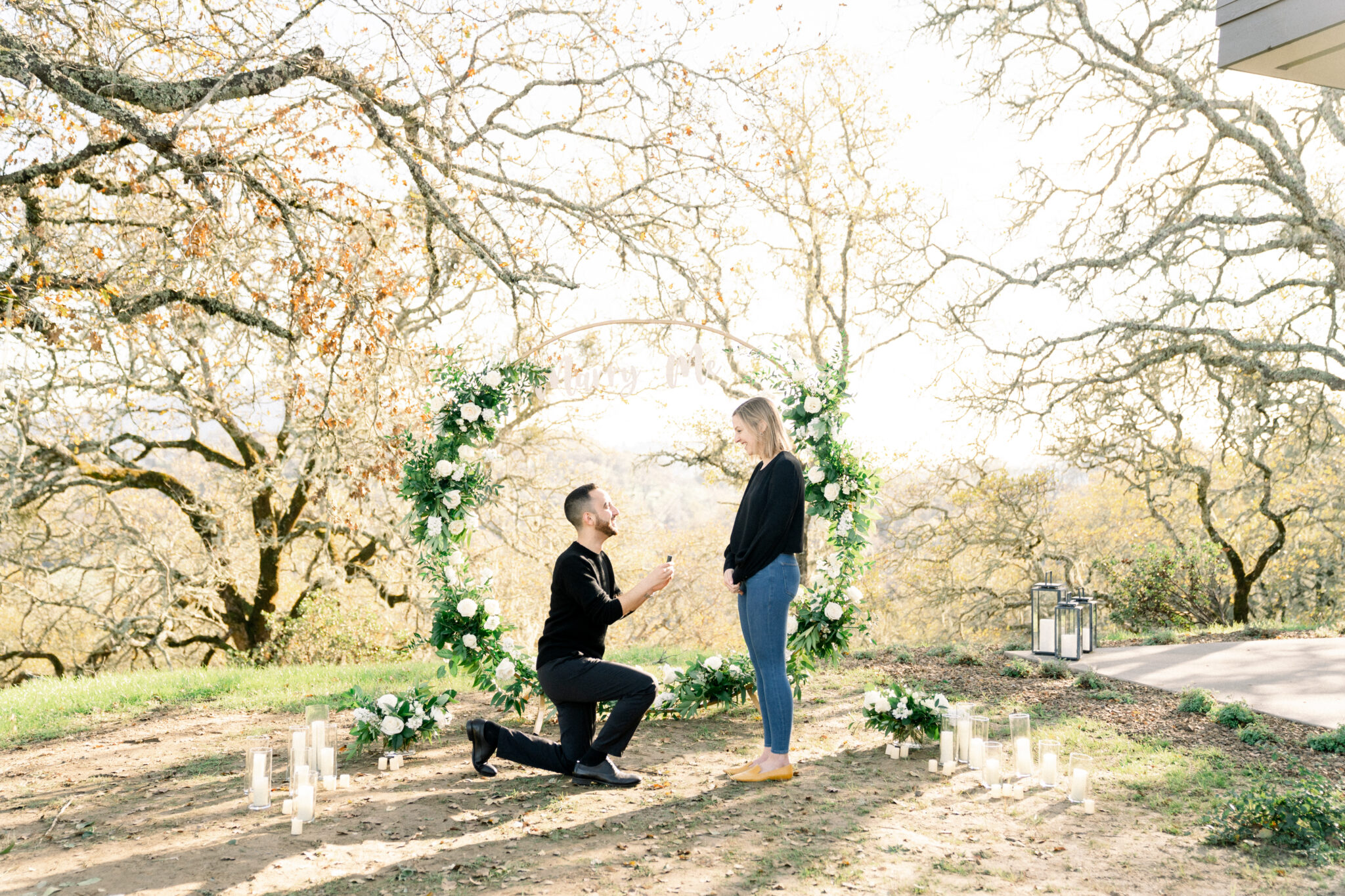 6. Marriage Proposal Idea: For a true nature and wine lover

Relationship Inspiration: At a private luxury resort in Napa Valley, he wanted to keep it classic like her so the circle represented their unending bond as they stepped into their future together wine tasting in beautiful at vineyards and wineries. 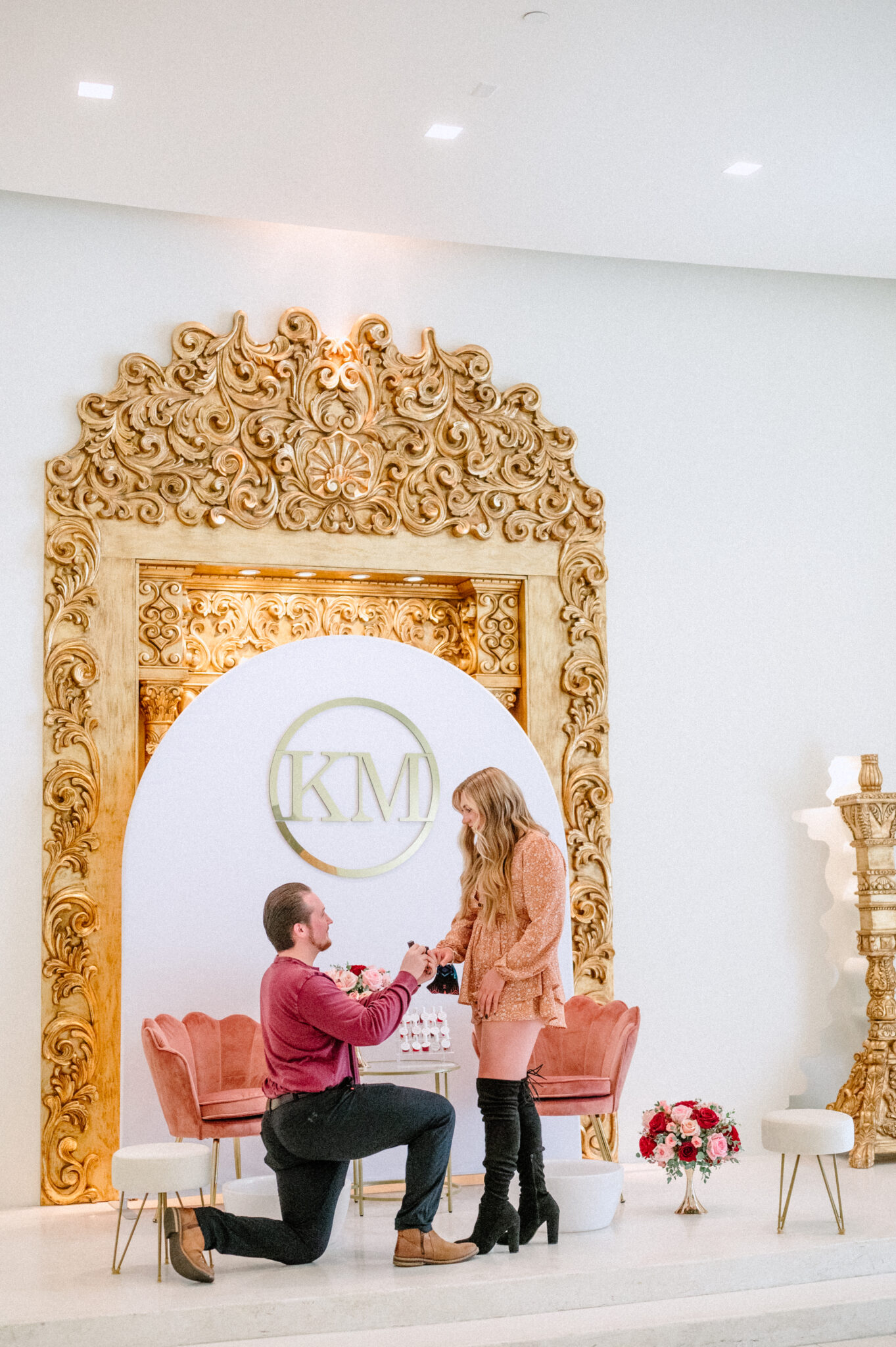 7. Proposal Idea: Her Favorite Hobby with A Twist

Relationship Inspiration: When a gal is obsessed with getting her nails done – we mean has a special nail technician and all the works, then we couldn’t stop ourselves from helping him create a full-blown personal salon just for her. From the chosen nail colors to her custom monogram logo, this proposal idea came to life in such a fun and dreamy way in New Mexico. 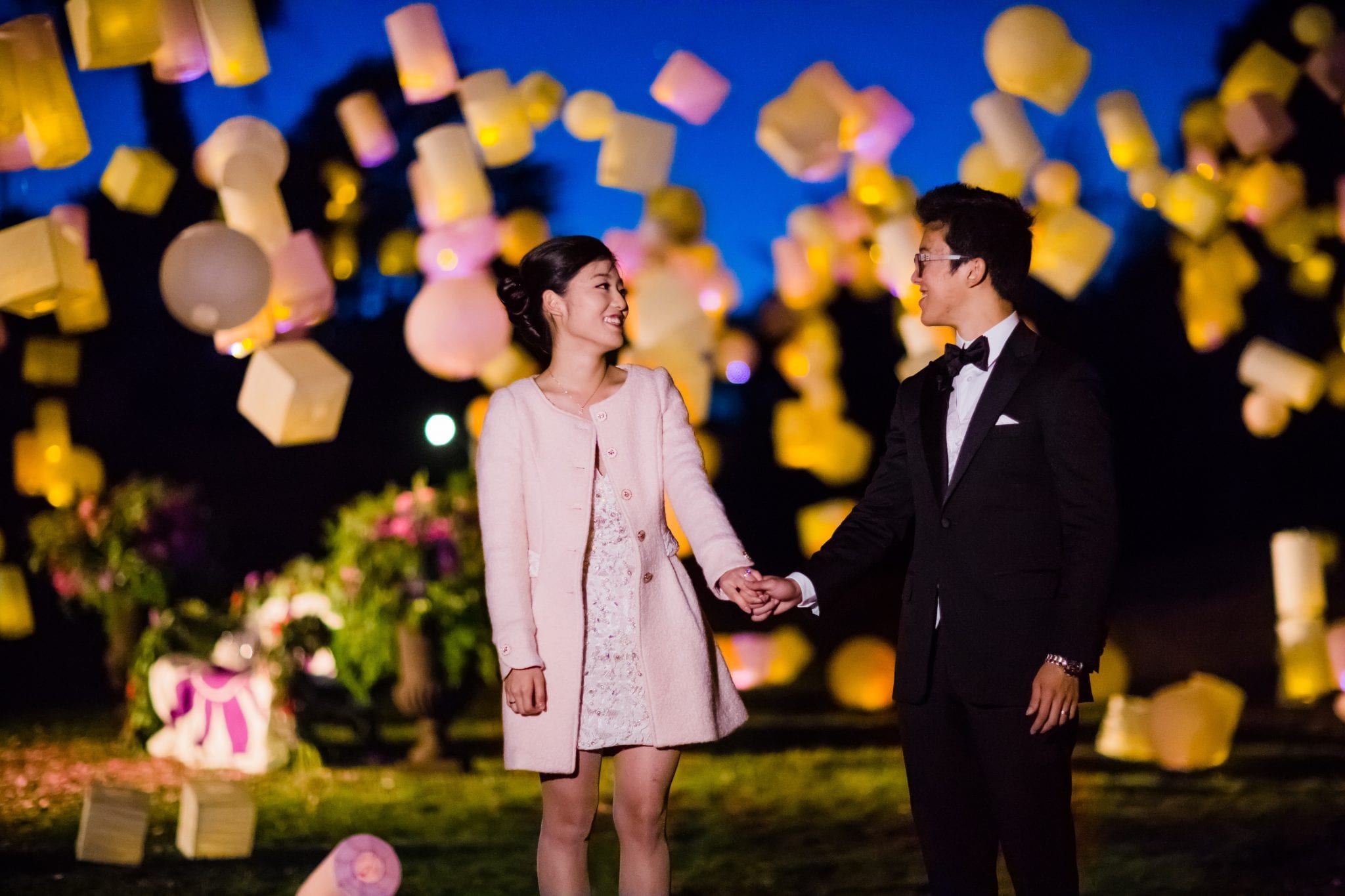 Relationship Inspiration: Her love of the iconic floating lantern scene was the inspiration for this proposal idea. The proposal took place at a private estate in San Francisco with ocean views which was the perfect blend of whimsical and modern love. 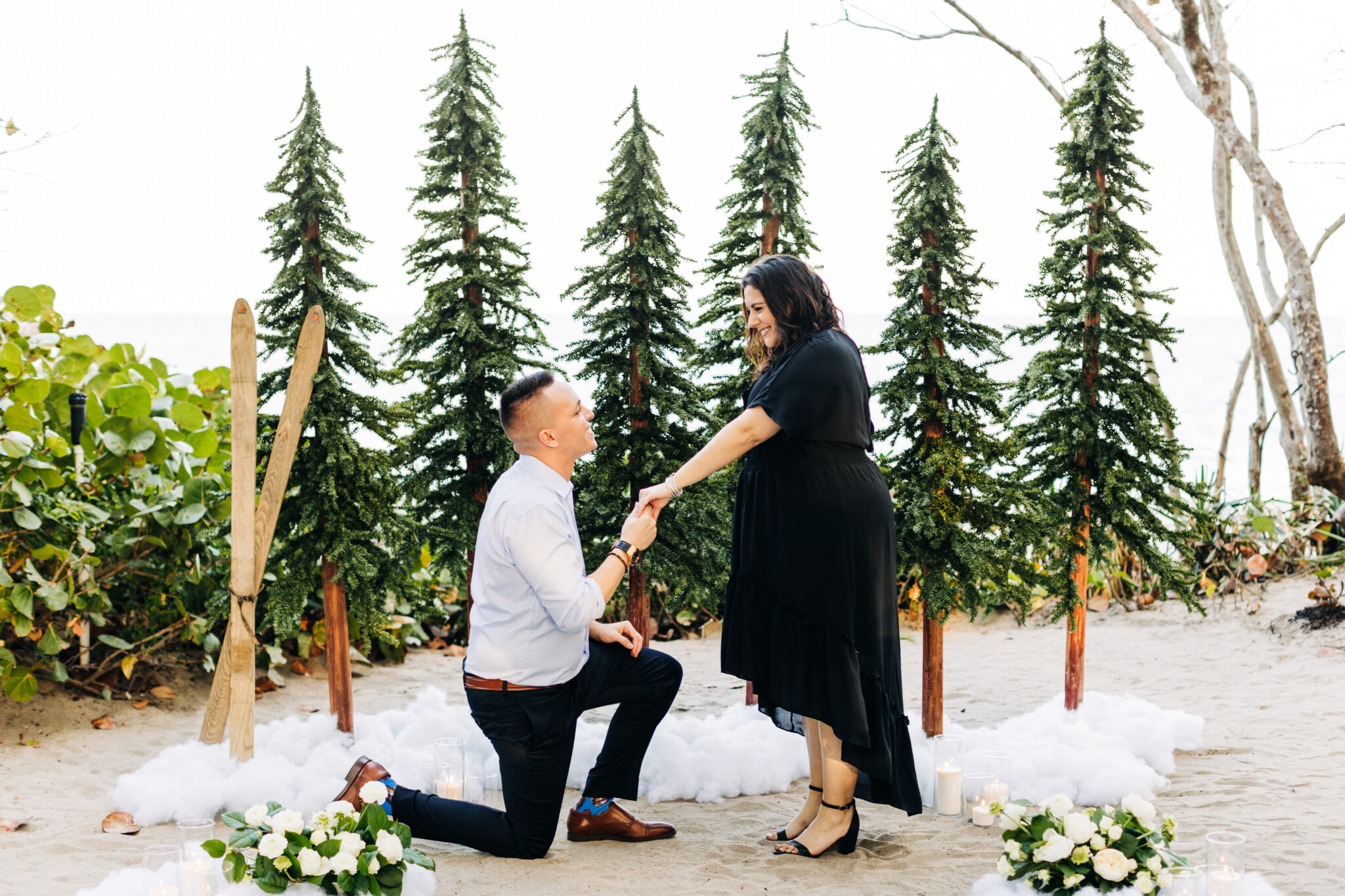 9. Proposal Idea: Bringing her favorite place to her!

Relationship Inspiration: Jacksonhole meets Florida beaches for this intimate proposal. To highlight one of their most beloved trips and memories, we brought the unexpected elements like faux snow and pine trees to this private sandy beach. 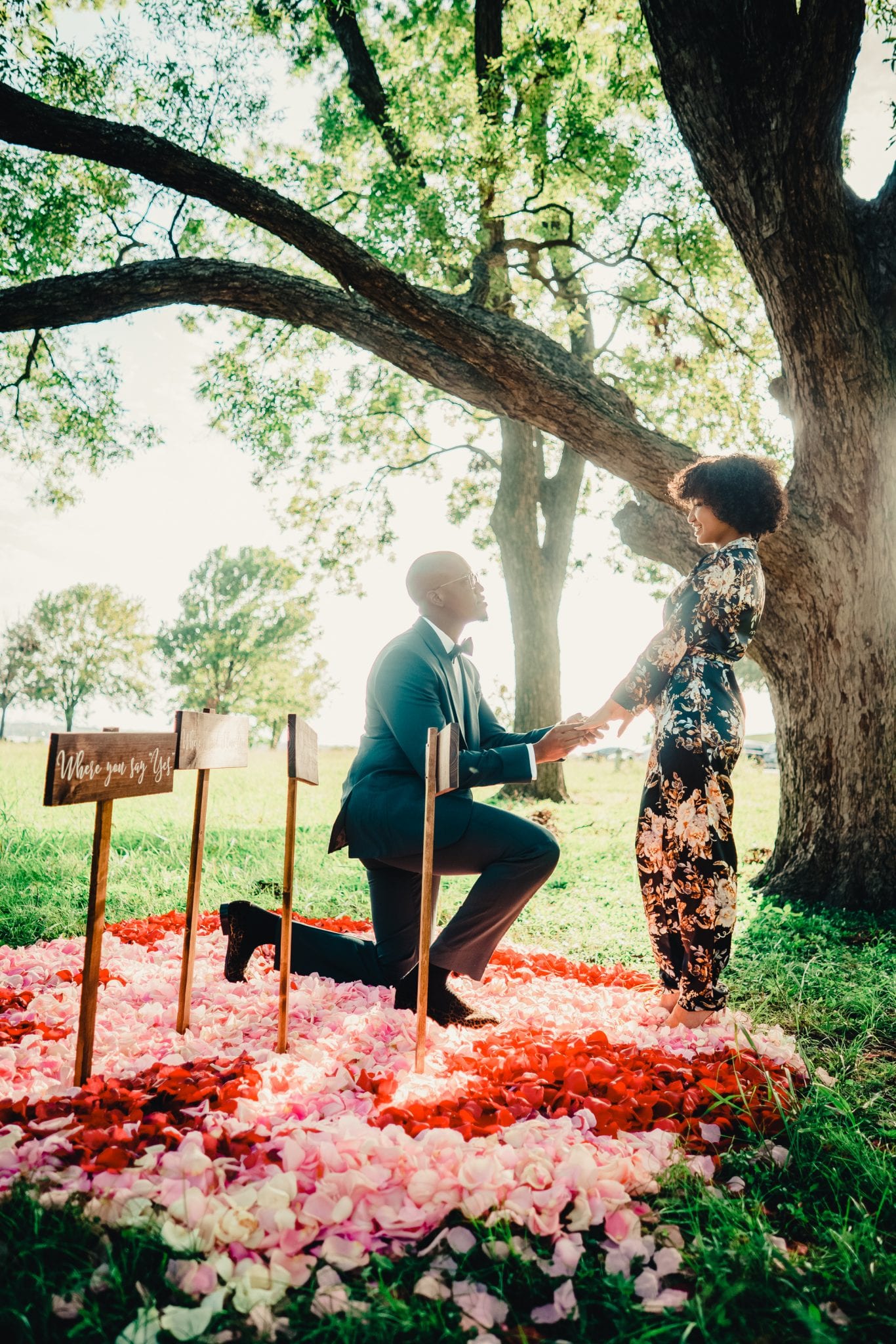 Relationship Inspiration: Instead of rose petals in the shape of the heart like he originally planned, we crafted the rose petals into the map of the world. Map markers highlighted their relationship travels and milestones at this beautiful outdoor venue in Dallas, Texas.

“All I can say is WOW! I am absolutely blown away by your idea and I love it! I know Allysson will too! Thank you so much for such an expansive and intricate take on my original idea. I am all for this new direction. I can’t emphasize enough how incredible this sounds!!” – Ndaba 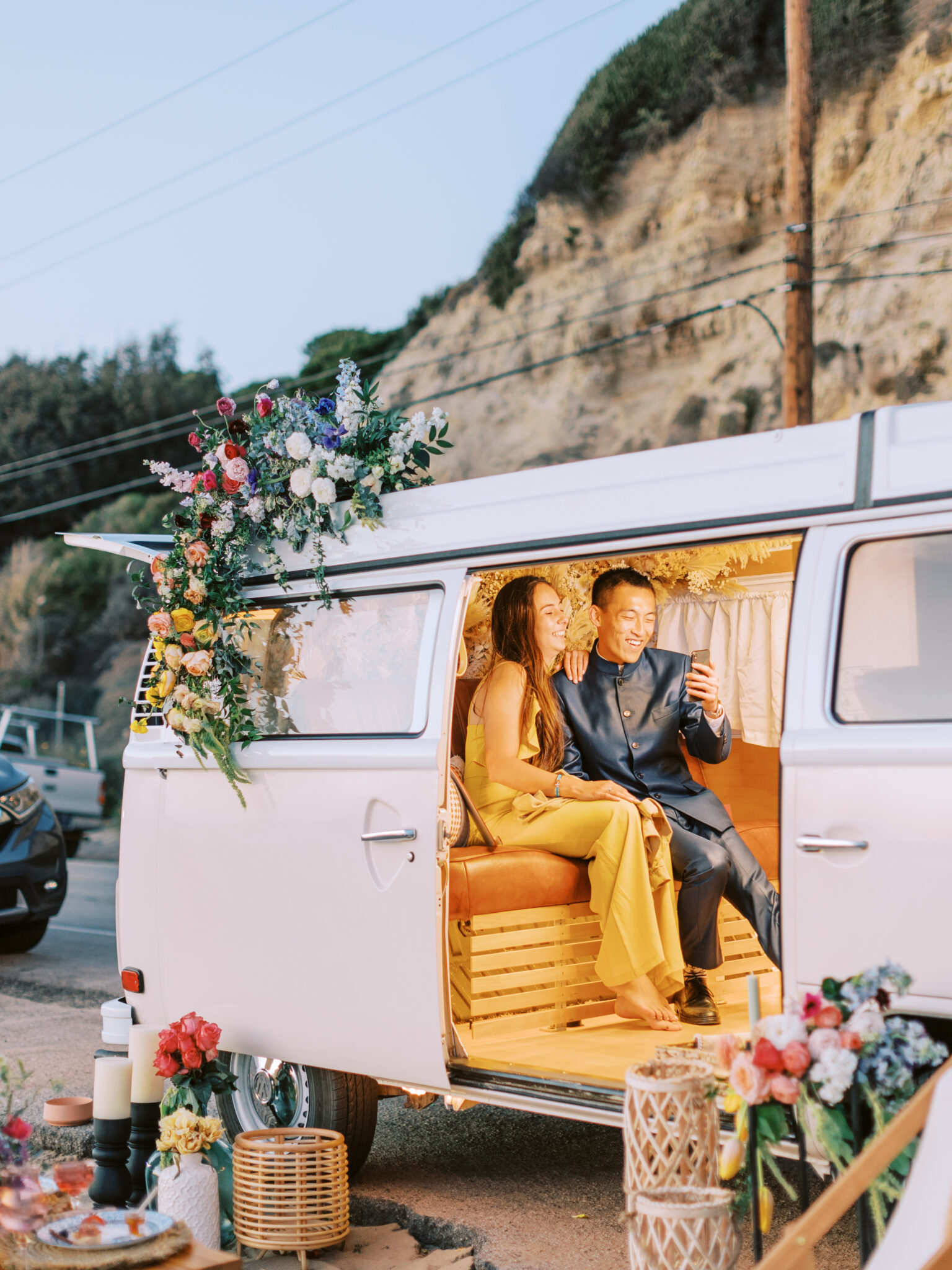 Relationship Inspiration: Evelyn got quite the surprise proposal during their trip along the Southern California Coast where this adorable bus awaited their arrival for dinner and photos (the bus was actually remodeled to be a traveling photo booth). For a gal who loves all things beach and Instagram, this was epic. 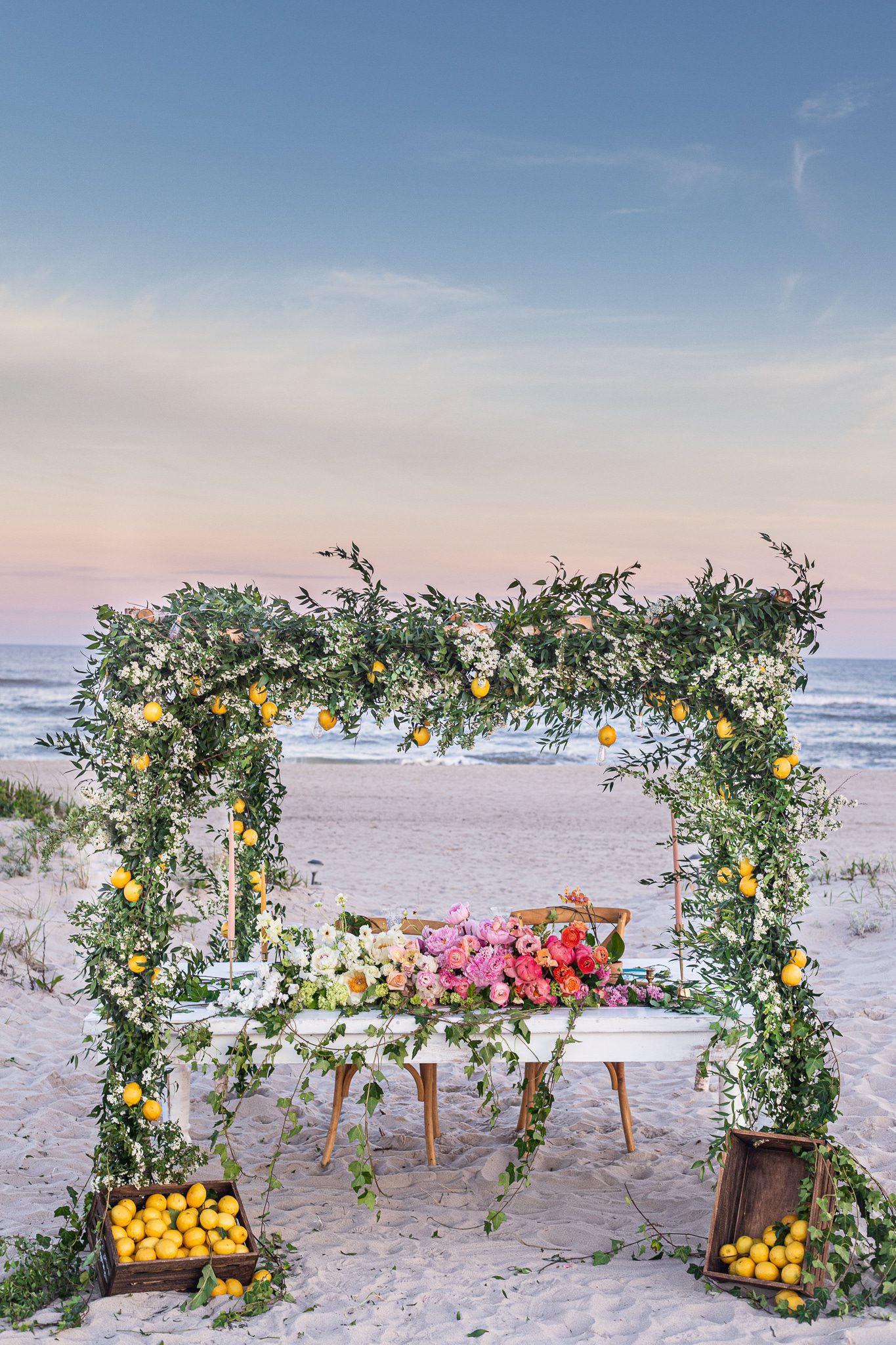 Relationship Inspiration: A tribute to his Italian fiancée, Maria, and her love of limoncello, a private chef and a serenading musician, was the epitome of romance at this private Hamptons Beach estate. Maria thought they were going to celebrate her birthday, but it quickly became much more! 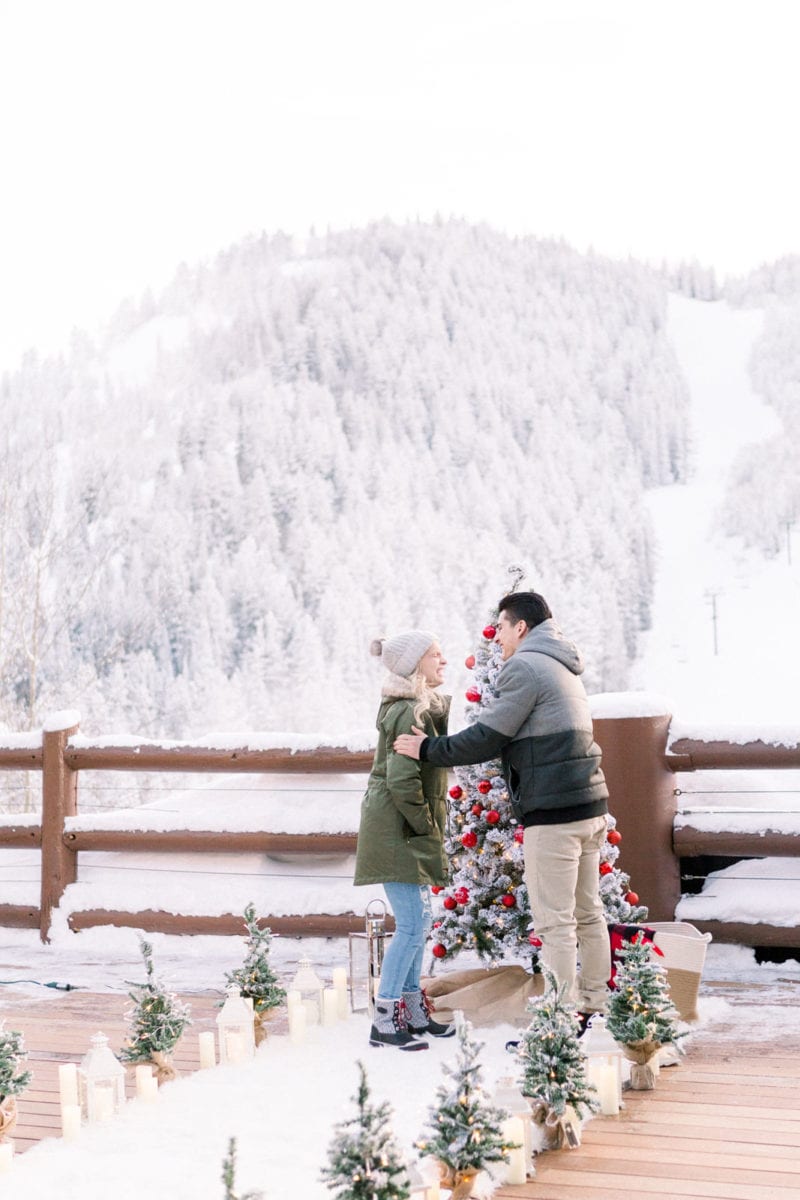 Excited to get started on your own custom proposal idea(s)?

Whether you are starting from scratch or have a few ideas but not a full proposal plan, Package 1 (our Custom Proposal Ideas Package) is created for those looking to add that extra special touch and thoughtfulness factor to her dream proposal, no matter your location.

Get Started Below On Your Proposal!

I started The Yes Girls after graduating from the University of Colorado at Boulder because I loved the idea of helping guys propose in completely personalized & romantic ways. Thankfully I am blessed to have my husband, Kyle, who always supports my passionate personality, no matter how extreme my ideas may be! Years later, I’m still hooked. A leap of faith and incredible clients turned this into the best job ever!